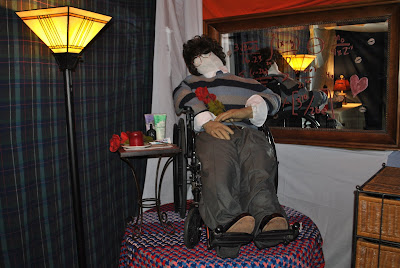 This was the first year we had the idea of an "After 9 Room." All the kids had to leave the party by 9 pm, so if we had room with more of adult theme, we would keep it closed off until then. If you didn't take your kids home by then, their innocent minds would be exposed to A Brief History of Love. In this room, the notorious Stephen Hawking was a love guru holding court. 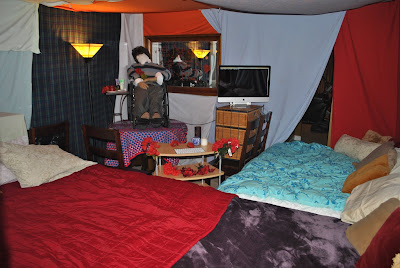 This room was filled with mattresses and romantic mood lighting. Stephen Hawking, who was very much alive at that time, sat in his wheelchair, flanked by candles and massage lotions. Guests would type questions into the computer, and Stephen would respond with tender, romantic, and sometimes risqué AI responses in his classic robotic voice. 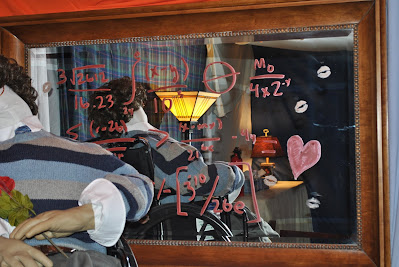 Written on the mirror behind him in lipstick was the actual mathematical formula for love. 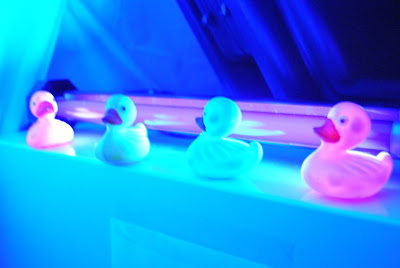 The Lily Pad was the obligatory trippy dance party room. 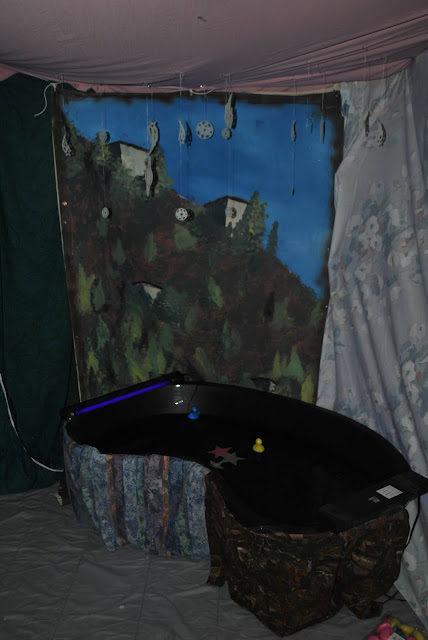 There was a tub filled with water and glow-in-the-dark ducks. As usual, the flash needed to take picture made all the glowing go away. 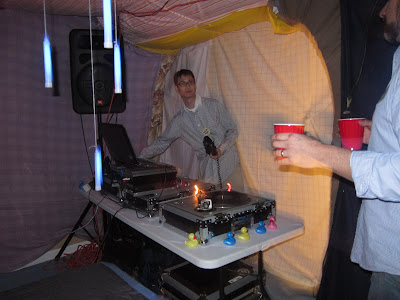 This was the first year we had a real DJ, Louis Dang, who kept the dance floor alive all night, and for the next several Fortress Parties. 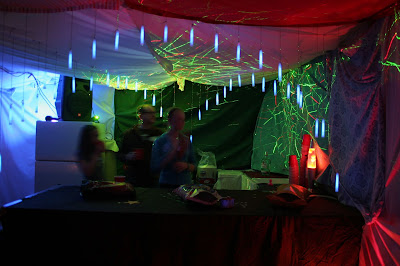 There were lasers, of course, and glowsticks hung by string at different heights to create a beautiful effect. 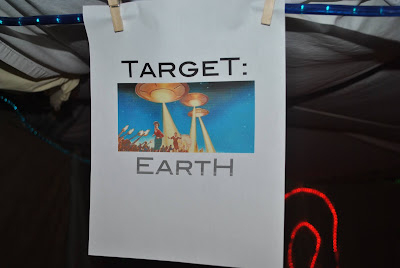 Target: Earth wasthe command center of an alien spaceship, traveling around earth and incinerating cities one at a time. 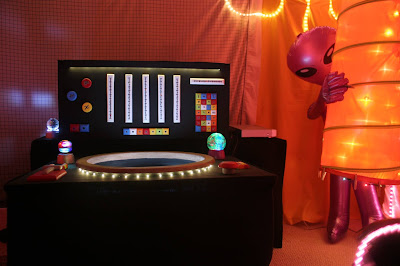 Skippy built the bizarre control station was built out of foam around an old TV, which faced upwards. 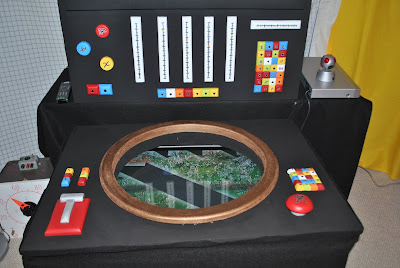 The screen showed a DVD of a video that Kyle Lawson adapted from Google Earth. It would zoom out so you could see most of the planet, then travel to a new city, zoom in, and blow it up. Then it would zoom out and move on to the next one. 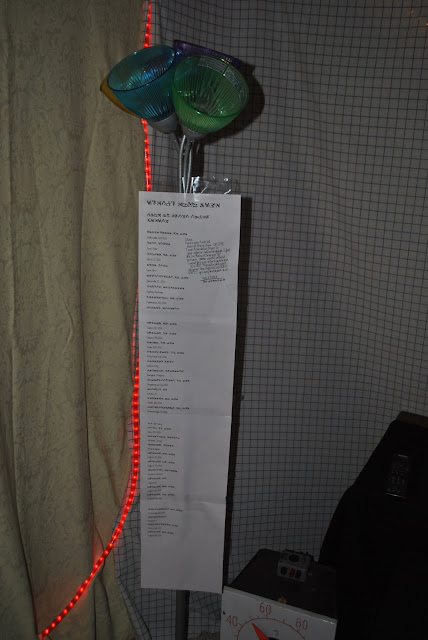 A complete list of targets was taped to the wall, so guests could try to figure out where in the sequence of destruction the ship was. 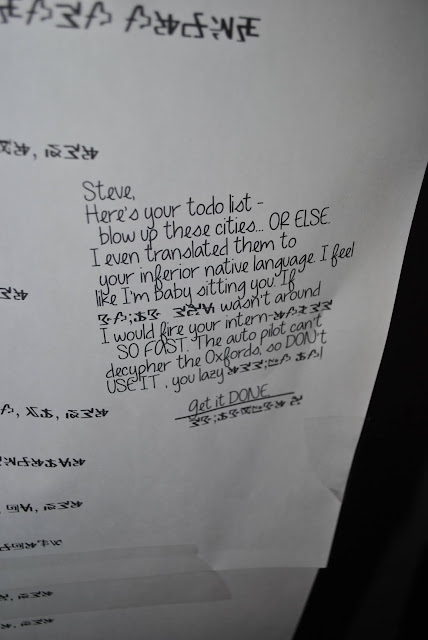