Game of Thrones was Fortress Party 2013's "After Nine" room. Because kids shouldn't be exposed to potty humor. 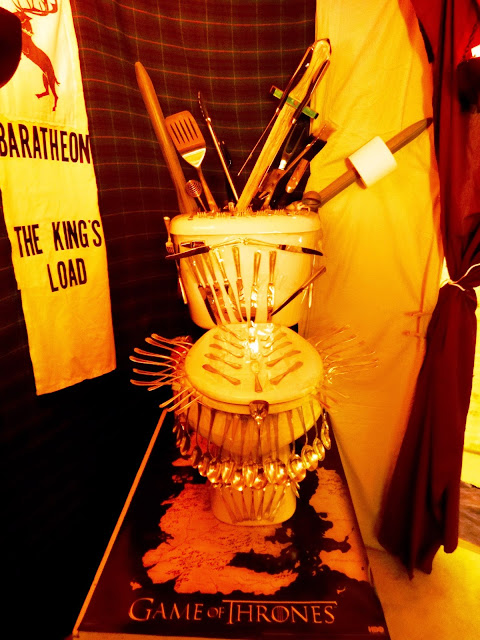 The Iron Throne itself. This may or may not have been Lauren's grandmother's silverware. 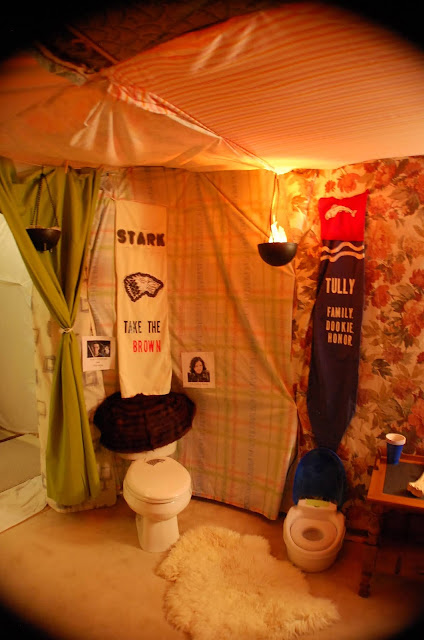 Every house is Westeros had a throne and a sigil with their noble house words. 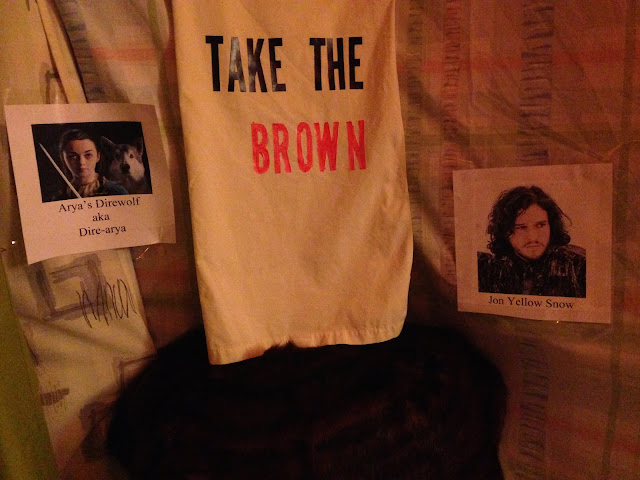 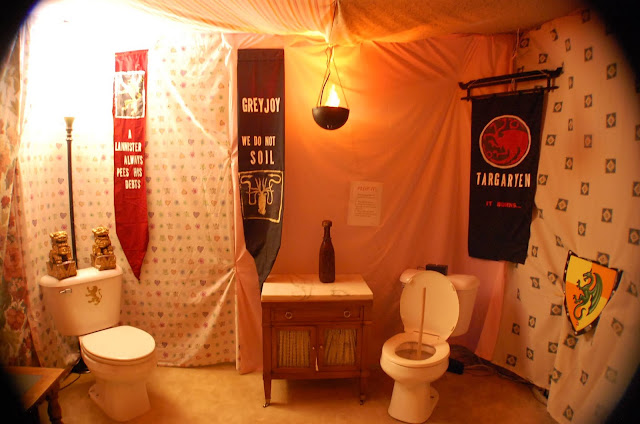 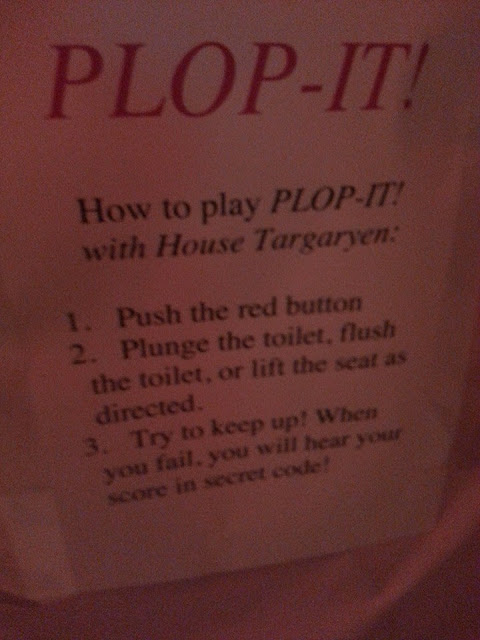 PLOP-IT was an interactive game like Hasbro's BOP-IT, but played with a toilet. 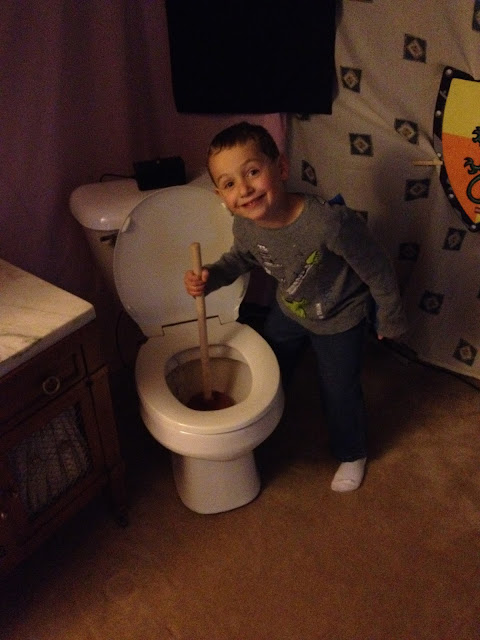 When you started the game, it would play the Game of Thrones music, and bark commands at you like "Flush It," "Plop It," "Plunge It," and "Lift It," at progressively faster speeds.
Appendix: House Words
Baratheon - The King's Load
Stark - Take the Brown
Tully - Family Dookie Honor
Lannister - A Lannister Always Pees His Debts
Greyjoy - We Do Not Soil
Targaryen - It Burns
Posted by Hard Taco at 9:33 AM