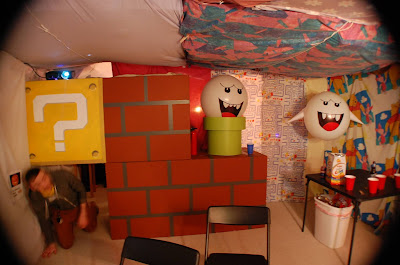 This room was called 1-Up. I had wanted to do s Super Mario room for years, but never thought we could pull it off. Then Skippy showed up and did all the heavy lifting. He built and painted the giant wooden bricks and the green pipes. 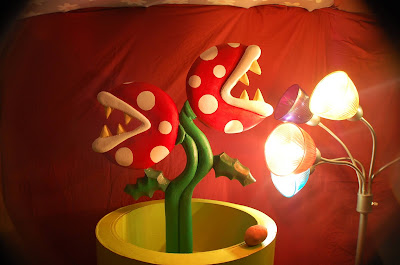 ...and the foam piranha plants. 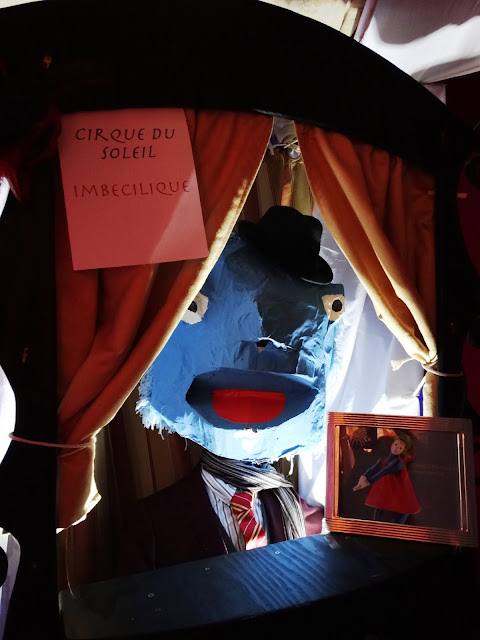 Cirque du Soleil was full of fluorescent lights, sparkly costumes that don't quite make sense, and exotic aerialists. This particular Cirque show was called, "Imbecilique." This blue head made its fourth fortress appearance, this time as the smartly-dressed ticket booth agent. 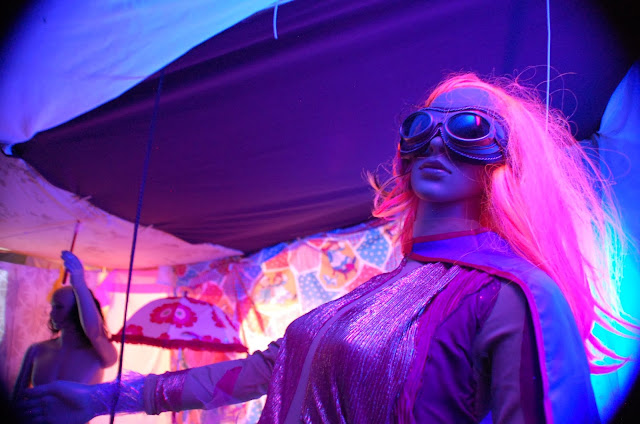 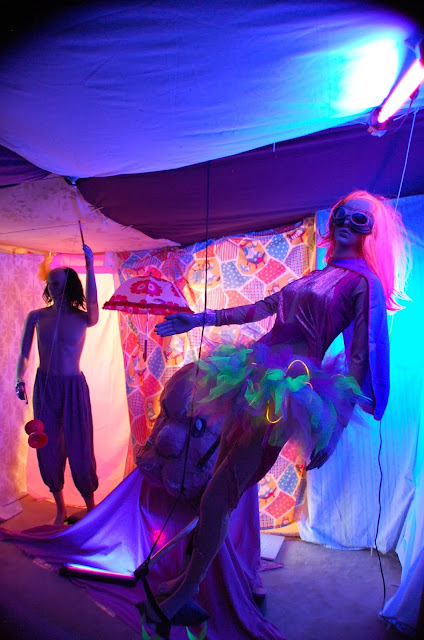 We had majestic experimental music playing. There was a topless guy with a diablo, a woman on a trapeze. 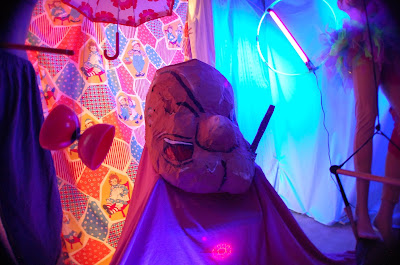 And this guy. I'm not really sure what purpose he served. 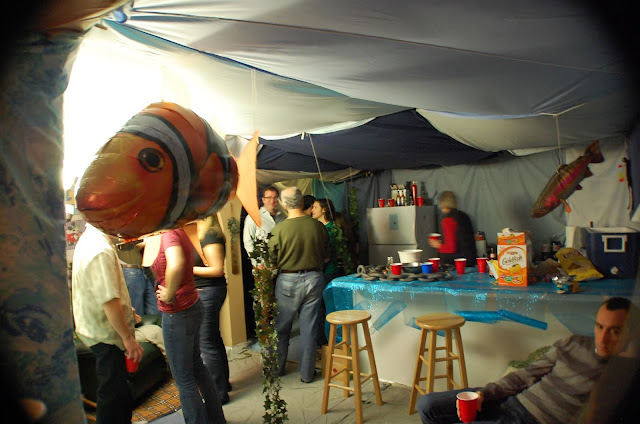 A frat house in Atlantis? That's Fratlantis, of course. The pun was the best part of the room. 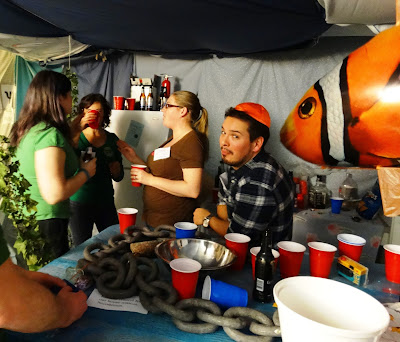 The second best part was the giant floating remote-control clownfish. 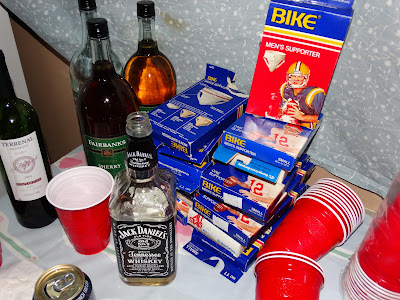 And frat houses have jocks, and jocks need jock straps. (These were also making their fourth Fortress Party appearance, I believe...) 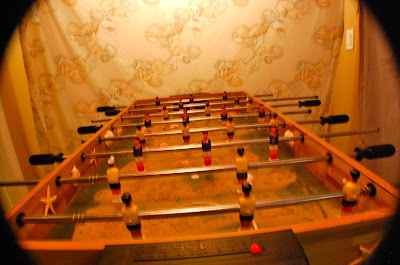 There was a foosball table in Fratlantis. 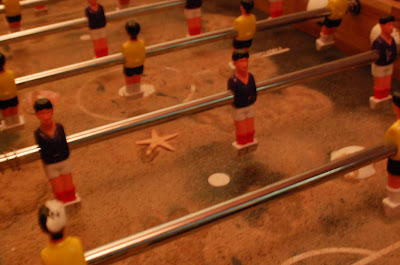 But it was full of sand and seashells.
Posted by Hard Taco at 9:26 PM