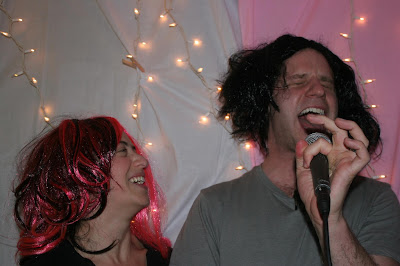 Jordache Dreams was supposed to be the bedroom of a teenage girl in the early 1980s, and it was our live music room for Fortress Party 2012. 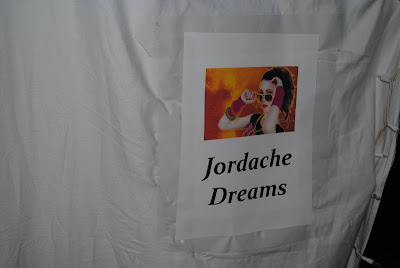 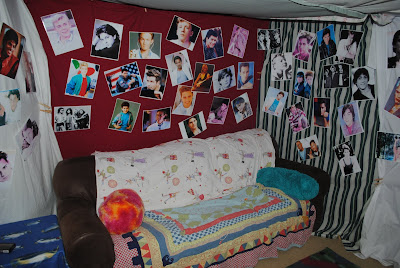 The wall was lined with 8.5 x 11" glossy photos of 80s teen heartthrobs. You want a Corey? We got you covered. 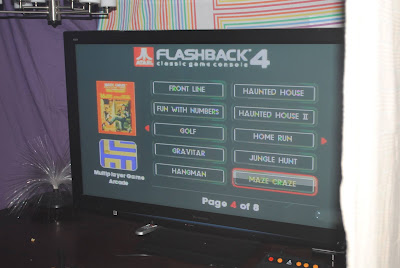 We acquired an Atari 2600 emulator, so you could play Pitfall, Space Invaders, and my personal favorite, Yars Revenge. 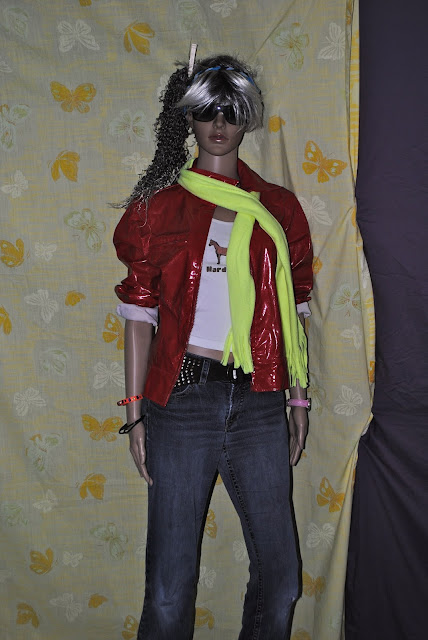 This is Tiver. She was the first mannequin purchased for Fortress Party. (We have six now.) We gave her this totally radical 80s look. By the end of the night, she was fully disrobed, and guests were wearing all of these things. 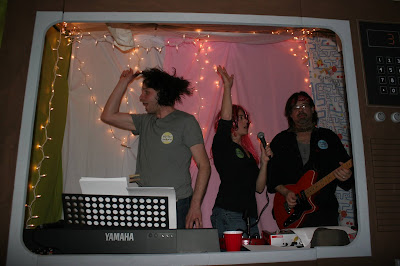 The centerpiece was a giant foam TV screen that served as the stage. This was MTV, live. The Yamaha PSR-500 has this feature that allows you to play one key in the lower octave for the chord you want, and it arranges the song around that. So basically every song sounded exactly like it did in the 80s. 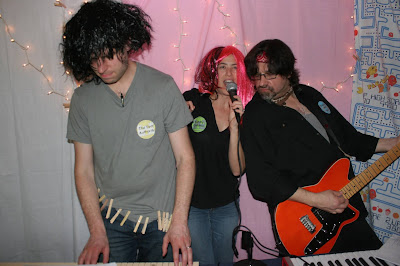 Note the Pac-Man sheets in the background. 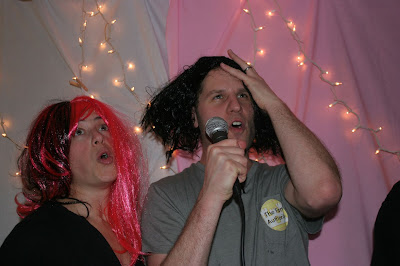 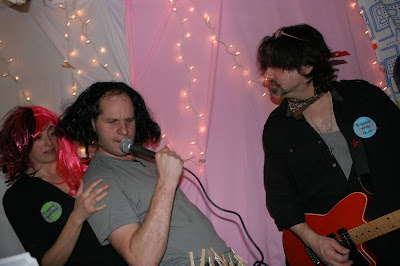 Lauren's facial expression is everything. 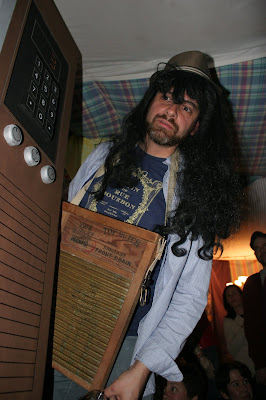 This was revisionist history, in which the washboard was a traditional 80s pop instrument. 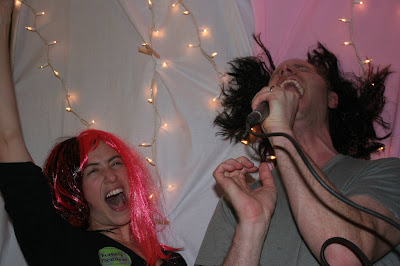 Glam rock hair is not immune to male pattern baldness. 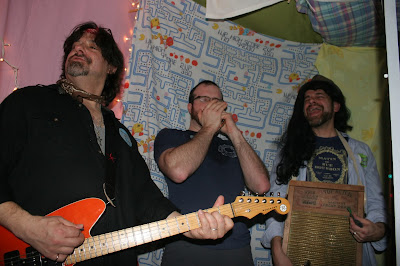 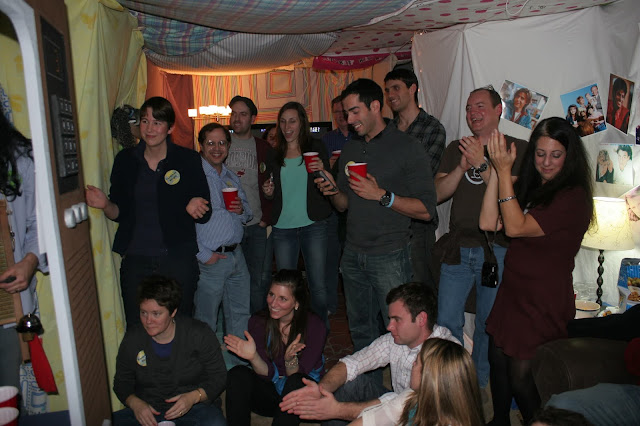