By 2013, the Fortress Party StEering Committee (FOPSEC) was in full swing. We had at team of builders, programers, designers, creatives and grunts trying to inject at least a little wow-factor into every room. 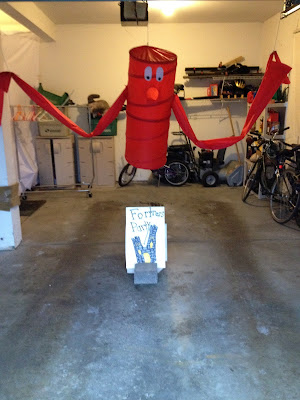 This little guy had a fan blowing underneath him, so the arms waved around to welcome everyone to Fortress Party 2013. 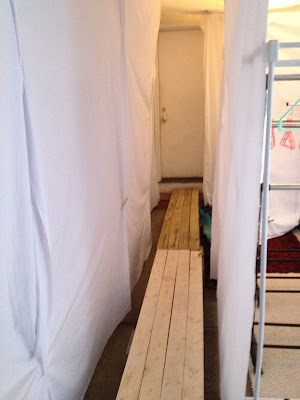 The first stop was Ellis Island. Having completed a treacherous transoceanic voyage, guests walked up a gangplank to their new home in the U.S.A. 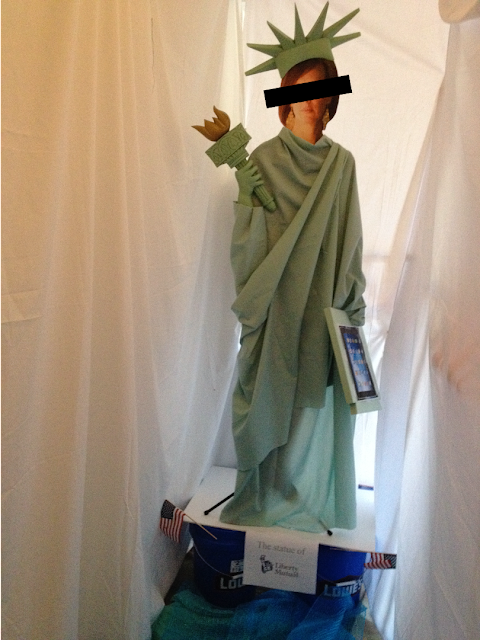 As they disembarked, the first thing they saw was grand visage of Lady Liberty Mutual herself. (Again, we respectfully added a black rectangle to protect the identity of the model.) 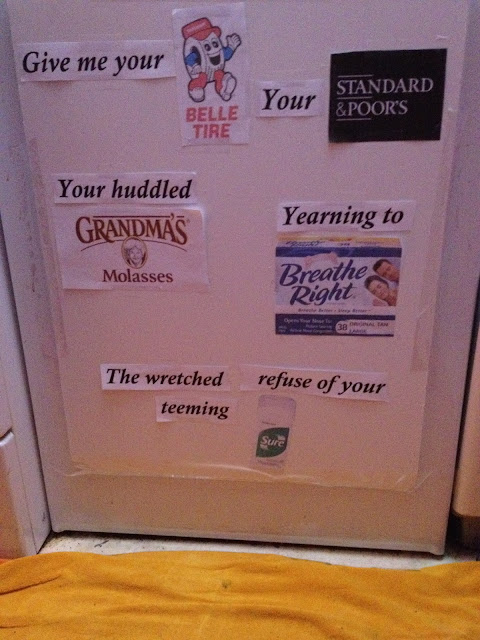 The statue's slogan had been updated somewhat to reflect our capitalist values. Read it out loud for full effect.
This immigration officer awaited them as they first set for onto American soil. 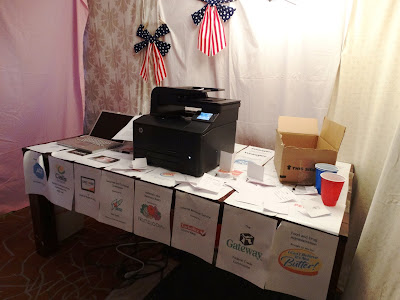 Guests would enter their name into the registry. The name their parents gave them, their Old-World name that no one in America could pronounce. The computer would print out a name badge with a new Americanized surname, that was uniformly that immigrant's corporate sponsor. In the old world, you. may have been Daniel Klein, but in America, you would be known as Daniel T-Mobile or Daniel I Can't Believe It's Not Butter. 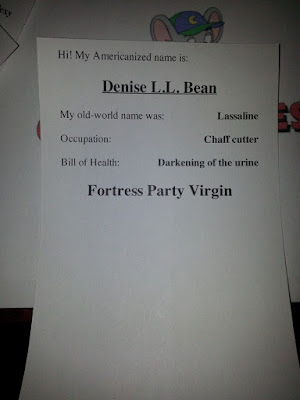 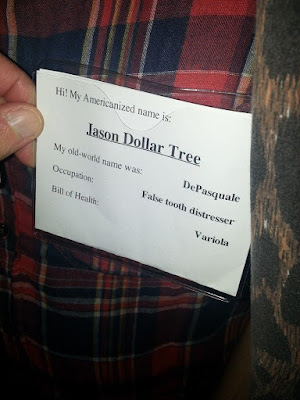