The inaugural Hard Taco Song for 2016 is called, "A Sexy Chord Progression." That's the only link on this page that will fully satisfy your curiosity. The rest of them will leave you wanting.

Exactly one year ago today, I asked myself, "Can you patent a beard?" The answer can be found on a nearby web page. You sure can.

Here's how it works. Anyone can register a unique beard with the U.S. Patent and Trademark Office. The Census Bureau tracks epidemiological trends in beard demographics, and distributes royalties to patent holders. These monies come from an excise tax on beard oils and waxes.

Many beard styles are now in the public domain, but a few facial hair pioneers have retained their claims. The descendants of Martin Van Buren and Ambrose Burnside each earn over $50,000 a year, thanks to the cult followings enjoyed by Side-whiskers and Friendly Muttonchops, respectively. Distributions from the Horseshoe Mustache have afforded Hulk Hogan the opportunity to retire from wrestling at the young age of 61.

Facial hair franchising is far from a sure investment. The returns depend on the popularity of the beard or mustache in question. That's why the Hitler family barely breaks even most years.

My New Year's resolution for 2015 was to develop and patent at least one popular new beard. I rented a Selfie-Stick for the year to document my campaign. 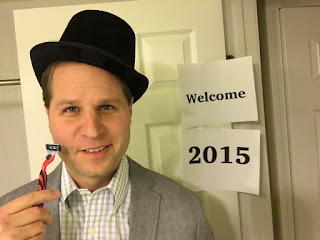 5... 4... 3... 2... 1... Happy New Year!
I will stop shaving at precisely this moment. Let's break a champagne bottle across my jaw to celebrate my face's maiden voyage towards beardedness! 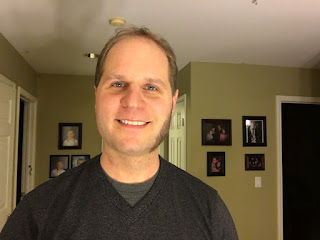 Feeling optimistic. The facial hair may not be coming in as quickly or as symmetrically as I had hoped, but I'm in this for the long haul. I bought tubes of "beard balm" and "ruff wax" so I can tame the frizzy flyaways that are likely to develop in the coming weeks. 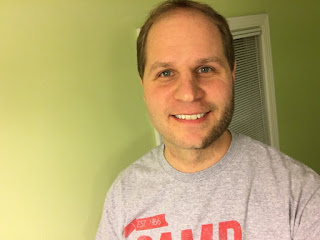 I think my co-workers are starting to notice, but they haven't said anything yet. That's okay... you never want to ask a man if he's growing a beard until you are 100% sure. That is like asking a woman if she is pregnant or asking a different woman if she is choking. 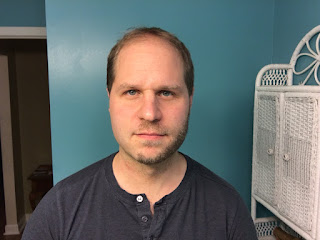 Still haven't heard back from the Patent Office, but I'm moving forward with confidence! Lauren and I disagree about whether we should write "Patent Pending" on the photo that we submit with the application. I say yes! Neither of us is a patent attorney, per se, but I feel that I have a firmer grasp of what "pending" means. 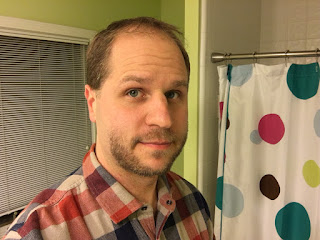 Almost there! This beard feels surprisingly marketable, but I think a few more weeks of steady growth might turn it into something transcendent. I really hope the hipster revolution lasts that long! 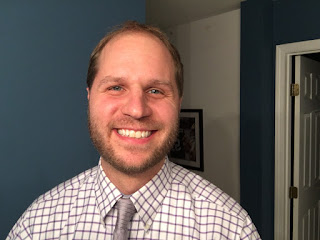 There's a happy camper! It has taken over 10 tedious months, but I have finally achieved a face full of of downy, indulgent tufts. Never have my cheeks felt so luxurious, so fleecy, so self-aware.  I'm going to burn some vacation days this week so I can spend more time fluffing.

Possible names for this epic beard:

January 2016
This year is full of possibilities... for my investors! Realistically, my trademarked beards aren't going to dethrone the Soul Patch or the Goatee any time soon, but with a little venture capital, I bet we can overtake the Shenandoah and the Dali this year! Does anyone know how to use Kickstarter?

With warmest regards (and warmest jowls),
Zach
Posted by Hard Taco at 12:15 AM No comments: