I am hysterically eager to announce the release of the next great tabletop game aimed for neurology lovers, "Cranial Vault." and its theme song, "What's In the Vault?"

Technically, Cranial Vault is not one game, but NINE games stuffed into one box! With nearly 600 cards, it's as heavy as sandwich maker, but more fun during power outages. 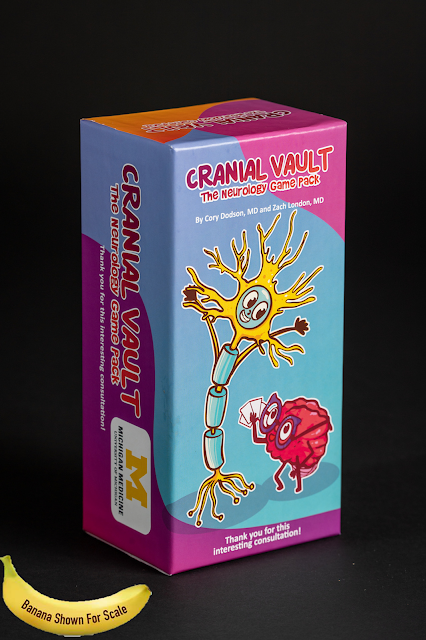 Disclaimer: This is an exceptionally small banana.

If you're a connoisseur of popular word-based party contests, some of the Cranial Vault games will already feel familiar. Some involve drawing, charades, fast-talking, or sound effects. Some involve structured clue-giving, holding cards up to your forehead, or coming up with puns. But they all have one thing in common... they are guaranteed to galvanize friendships. So if you don't want your casual acquaintances to become ride-or-die bosom buddies who talk over each other during your eulogy, stay away from Cranial Vault.

Check out the Cranial Vault website for pictures, demonstration videos, and so much more!

Actually, I take that back. Other than pictures and demonstration videos, there actually isn't anything more. Still, we're very proud of this project, and hope it convinces you to put down that triangular sandwich and go to med school.

Email ThisBlogThis!Share to TwitterShare to FacebookShare to Pinterest
Labels: board games, card game, Cranial Vault, neurology, What's In the Vault?

My dear brother-in-law Brian died a couple weeks ago. His 15-year-old daughter gave a eulogy at the funeral, and she ended with a message to him. "We're going to be okay," she said. It was a powerful statement from someone who was probably having her worst week ever.

It's hard to talk about, but the self-indulgent act of writing a song about it has been unexpectedly therapeutic. The song is called "Okay," but feel free to call it OK for short, or even just 'K if you're really pressed for time. I tried to capture what it feels like to be without him, but also express genuine optimism about our ability to carry on. We will never stop missing him, but it shouldn't always feel like it does now.

With that in mind, I intend to return to trying (too hard) to be funny again next month. Thank you all for your love and support! 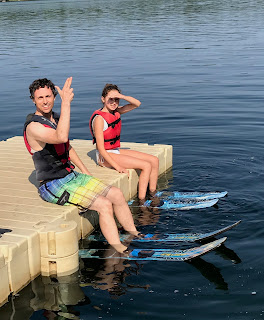 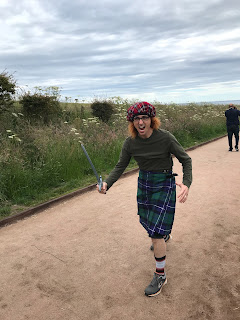 Dear Friends,
The Hard Taco song for March is a twist-filled mini-adventure called, "The Wrong Side of History." I will always remember recording this song, because Lauren and I both sang our parts right before losing our voices because of this: 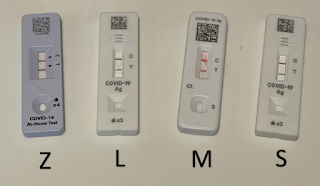 If you don't have the manual dexterity to zoom in on those test strips, I'll spell it out: the whole London family got COVID19 this week, and it has been a bummer on many levels.
I was the one who brought it home, and I know exactly how it happened. Lauren and I were down in Florida for a wedding the prior weekend. It was a beautiful event and both the ceremony and the reception were outdoors in spacious circus tents. I felt very safe overall, but I made one crucial mistake that I've been beating myself up about ever since... I ordered the raw cave bat as my entree.
Obviously, I should have known better. The judgement you cast upon me will never be as harsh as that I cast upon myself. I'm a health care worker, for goodness sakes! I've been around hundreds of COVID19 patients over the last two years, but I've always been very careful about hand-washing, masking, and other standard infection precautions. Then I go down to a wedding in Miami and think it's okay to have a cheat day and ask the caterers to bring me the wet market cave bat filet?
But these are confusing times, and it's just so hard to have realistic assessments of actual risk. The infection rates have been coming way down since mid-January. And then the CDC changed their recommendation from "don't eat raw cave bat" to "talk to your PCP about whether it is okay to return to eating raw cave bat." Can you blame me for thinking that maybe we could return to some semblance of normalcy? I got my vaccines, I got my booster, and for one night, I wasn't in the mood for fish or steak, okay?
I also ate the fruit bat salad and the bats-in-blankets. More lessons learned!
Maybe I was subconsciously influenced by our surroundings. We were down in Florida, home of the recent Bat-to-School Programs which reintroduced raw cave bat to school lunch programs before any other state was even considering it. And look, I sort of get it, especially in elementary schools. Some kids just can't learn or develop normal social relationships when they are stressed out by government-imposed dietary restrictions. I'm not saying there isn't a cost to keeping raw bat meat off the cafeteria menu or out of the school vending machines. But this illness hit me harder than "just a cold," and I wouldn't wish it on anyone! If I had known the repercussions, I never would have gorged myself on beer-battered bat bladders before the ceremony. (I don't think that is what made me sick, but it totally spoiled my dinner.)
There was also a really amazing charcuterie table with cheese, toast, and over 600 species of insectivorous chiroptera. And there were caterers walking around with trays of hot wings, and they weren't chicken wings, if you know what I mean. But trust me, as delicious as it all was, it was not worth it.
I guess the good news is that once we recover, we are probably going to have natural immunity for at least a few months. And you know what that means... guano Milano cookies!
With warmest regards,
Zach
Posted by Hard Taco at 12:15 AM No comments:

Email ThisBlogThis!Share to TwitterShare to FacebookShare to Pinterest
Labels: cave bat, COVID19, The Wrong Side of History

The Hard Taco song for February is called, "The King with Six Friends." This song is based on the children's book by the same name, which also happened to be my favorite bedtime story as a child. It's a gorgeously illustrated tale of adventure, magic, heroism, and the bonds of friendship. And if you skip the horribly sexist parts, it mostly holds up. 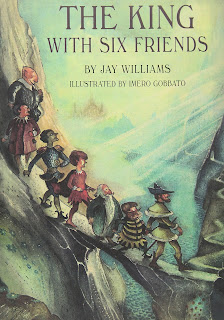 I am excited to retell some of my other childhood favorites in a format I call Countdown Stories. The first of the 10 lines must have 10 words, the second line must have 9 words, and so on, with the goal of finishing the story by the final one-word line. For other great examples Countdown of Stories, check out this 2019 digest about some of my favorite movies. 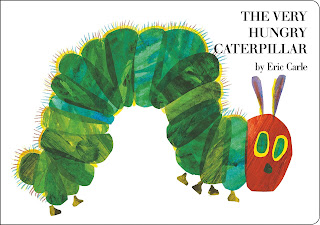 On Sunday, a baby caterpillar popped out of an egg

Every day that week, he consumed progressively larger portions

Nothing was good enough for this selfish slob

He left the kitchen a total mess
And locked himself in his bedroom
Two Sundays later, he emerged 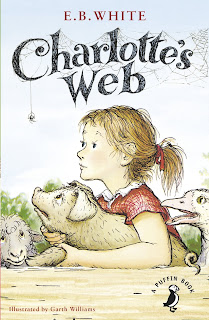 Before we start, can we agree that animals don't speak?

And different species certainly can't talk to each other

A spider's voice would be inaudibly quiet

Seriously, its lungs are basically microscopic!

And I noticed something else... 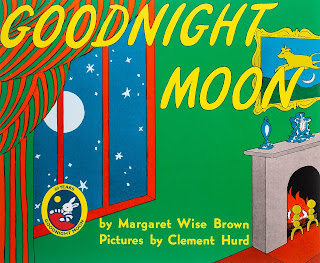 Imagine a room that disobeys all natural rules of perspective

Fill it with shadows, anthropomorphic animals, and trippy art

Do you find this cozy or terrifying?

Now say goodnight to each atrocity

That's not a woman

Charlie and the Chocolate Factory 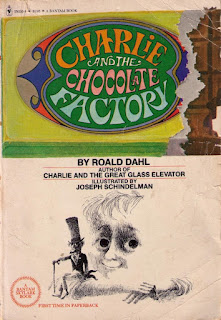 In the 1964 edition, Oompa Loompas were black African pygmies

That Wonka "discovered" and shipped to England in crates

Dahl literally wrote they were "rescued" into servitude

His loyal readers had no compunction whatsoever

About this sickeningly blatant pro-slavery stance

Alexander and the Terrible, Horrible, No Good, Very Bad Day 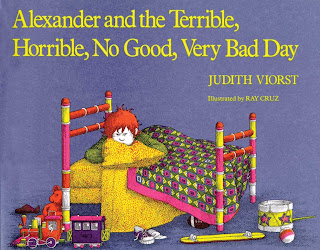 I started thinking that maybe Alexander wasn't being dramatic

When he declared he would move to Australia

But the red tape is prohibitive

And realistically, there are

The Bridge to Terabithia 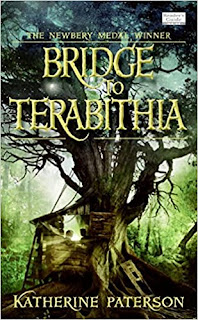 Milo, who has plenty of time, sets off for Dictionopolis

There's a mischievous monkey and a man wearing yellow

Wait, I think I'm getting this confused

I haven't actually read that book

I meant the Phantom Tollbooth.

The Hard Taco song for January is called, "The Plexus." It is the theme song for a soon-to-be-released card game by the same name. Along with The Lesion and Battle Thunder Worm, I now have a catalog of three songs that were written to accompany self-released tabletop games.

On September 1, 2020, Lauren and I made the decision not to host guests at our annual Fortress Party for the first time since 1995. Over the subsequent months, I leveraged the found time to compile the recorded history of Fortress Party into 76 blog posts, featuring hundreds of pictures and videos.

That was a lot of work, but it was important to me to document everything for posterity, which means it is for the benefit of future generations. But I think posterity also means something to do with butts, which is pretty good reason for doing something, too.

Fast forward 15 months, and we find ourselves two Fortress Parties behind in our retrospective. So today, I dedicate my digest to getting us caught up. For my children, my children's children, and all of their butts.

And here's the Cliff's Notes version of the whole thing, including footage of the remaining 2021 Fortress room, House Swarmin' Party:

Email ThisBlogThis!Share to TwitterShare to FacebookShare to Pinterest
Labels: fortress party, The Plexus

The first two or three episodes of Wandavision were in black and white, so we tried to reproduce that by having everything in the room be in various shades of grey. 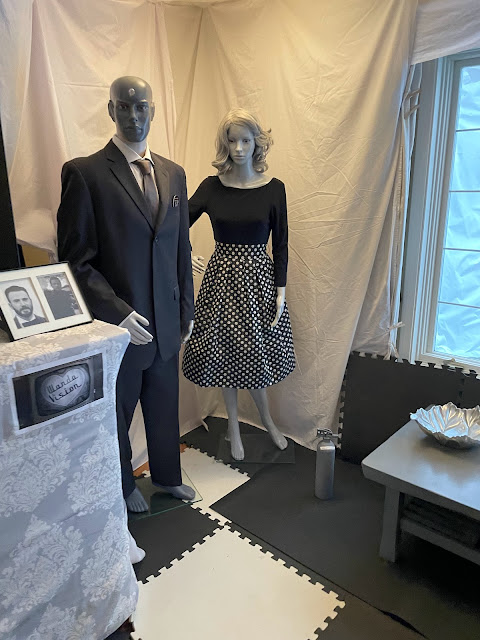 I even painted the fire extinguisher because of COMMITMENT. 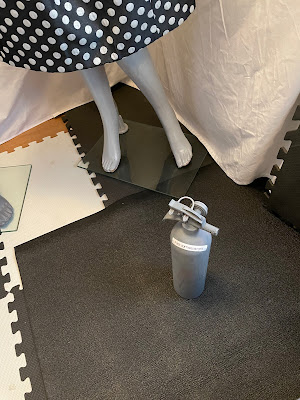 We had a neighborhood scene projected onto the window from outside the house. 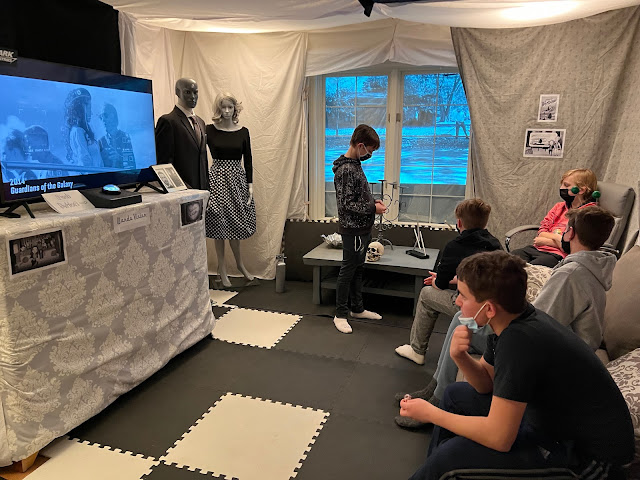 The highlight was the music videos that would start at the push of a button. We called it VH1da-Vision (as in a mash up of VH1 and Wandavision). If you've been following the Hard Taco Digest, you know that I had already released 9 of these videos between February and April of 2021. We made 7 more just for the room. Here are the previously unpublished videos, now restored to full color:
Posted by Hard Taco at 5:14 AM No comments:

Fortress Party always has a live music room, and we get bands and performers to sign up for 30 minute slots. At FP '21, the overall attendance was lower than usual, and there were not a lot of volunteers. Fortunately, Lauren was able to convince about half of the cast of the Penny Seats production of "Summer of Love" to sing karaoke versions of their songs, and it was awesome. Knowing they were available informed the decorations of the room. 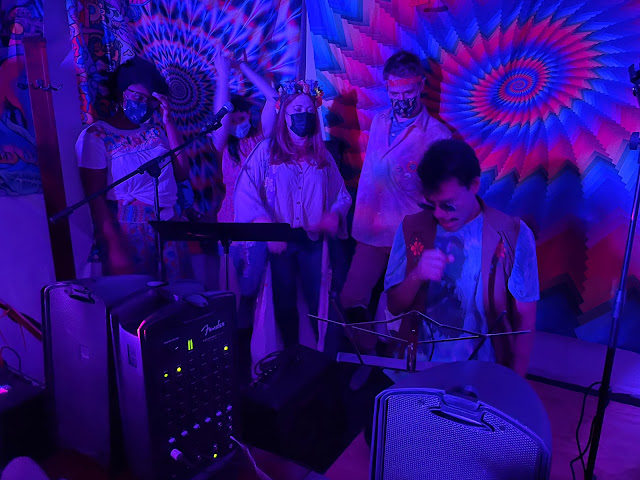 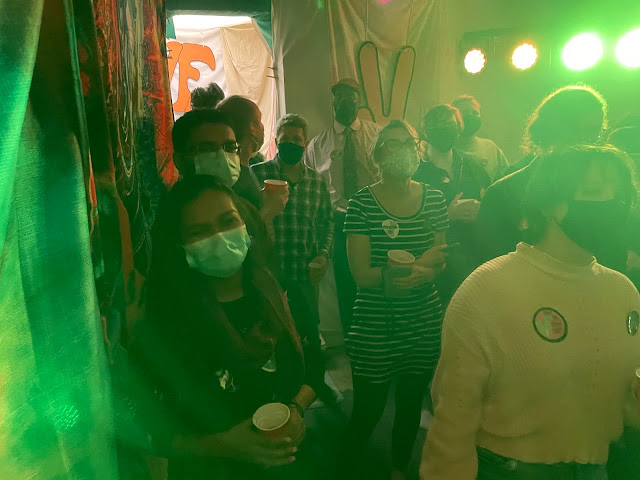 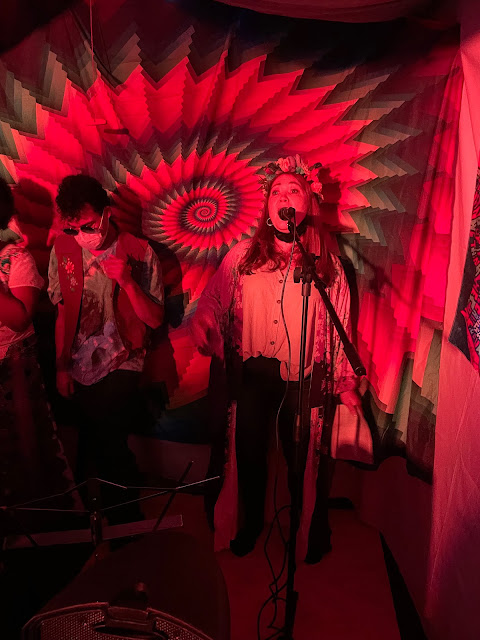 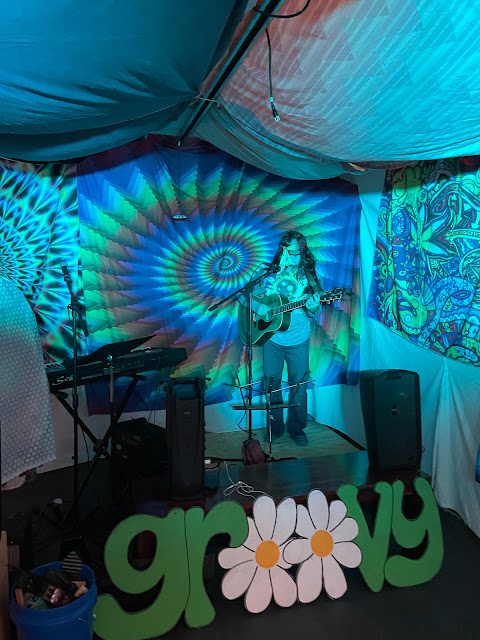 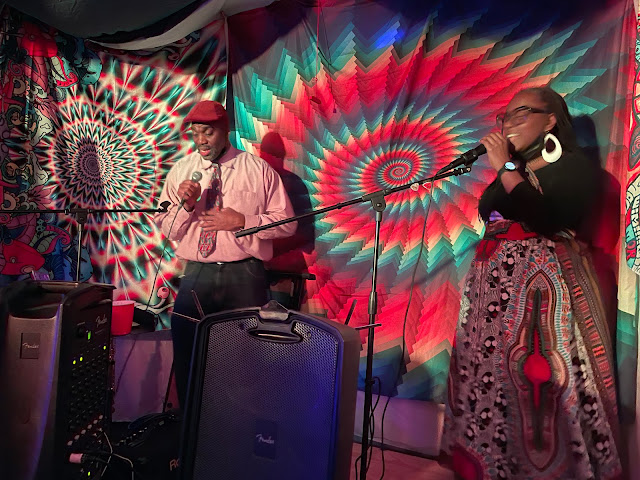