The Hard Taco song for January, "A Better Whatever," tries to capture the hope, insecurity, and spirit of personal growth of the new year. This has been an emotionally difficult year for many of us, punctuated by tragic, high-profile celebrity deaths. In fact, the last thousand years have been tough in that regard. Let's take a moment to remember...

Speaking of camels, I believe many of you have had an opportunity to see Camelton, a three-song Hamilton parody that I recently posted on YouTube.


I know that throwing my hat onto the crowded hat rack of Hamilton parodies is a brazen move. I am not blind to the fact that every major late night show, YouTube star, and crappy a cappella group has already recorded a Hamilton parody. There are dozens about Donald Trump, Angela Merkel, Luke Skywalker, and at least one for every Jewish holiday. (You know that Jewish stereotype that we love writing song parodies? It's totally true. In many communities, it's a compulsory part of Bar Mitzvah prep.)

On top of all that, Hamilton author Lin-Manuel Miranda has written parodies of his own songs. That's awesome in the same way as Vincent Van Gogh using his first self-portrait as the model for his second self-portrait, ending up with this: 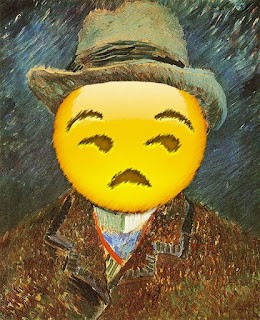 If you're a Hamilton fan, I guarantee that you will enjoy Camelton more than the any of those other offerings, because frankly, it is not about anything. It's simply an homage to the greatness of the original songs, paired with pictures of every animal on Earth. I also feel compelled to advertise that the flipping mayor of Ann Arbor plays the role of Aaron Bird. Ohio State beat us in football this year, but we will not concede they are the better program until the mayor of Columbus coughs up us his Hamilton parody.

As of this morning, each of the Camelton videos has more than 2500 YouTube views, while the Oompa Loompa videos average 1 view each, and that was me testing them.

I'm not the least bit disappointed, though. I know how these things work. There will be a resurgence of interest in these Oompa Loompa videos, along with anything else Gene Wilder-related, in late 3016. That, of course, is when someone publishes the next 1000-year retrospective of celebrity deaths.