The Half-Life of Womanhood

The May Hard Taco song is an autobiographical piece about, and called, "Skipping Kindergarten." I don't know how my parents convinced the elementary school principal to move me directly into first grade, but I assume they used the word challenged. Zach won't be challenged in kindergarten. He needs more opportunities to feel intellectually challenged, pressured, and strained. Opportunities to wring any remnants of complacency out of his 5-year-old mind with physical and mental hardships designed for much older children.

Anyway, I only started writing songs because of a school project for a specific high school English class. If I hadn't skipped kindergarten, I would have taken that class a year later, and there would be exactly 12 fewer Hard Taco songs, including this one.

Watch me B'nai Nai
This weekend will be my daughter's Bat Mitzvah, and we couldn't be more excited and proud! For those of you who aren't part of The Tribe, the difference between a Bar Mitzvah and a Bat Mitzvah comes down to whether planning it makes you want to pass out under a bar or smash everything in sight with a bat.

Either way, it is a rite of passage that represents the transition from childhood to womanhood or manhood. I think most of us would agree that the words "thirteen" and "womanhood" should not be used in the same sentence, but keep in mind that Bar Mitzvahs were invented a long time ago. In Biblical times, 13-year-olds were adults in every sense. They could raise families, gamble in the fighting pits, and even rent chariots when they were out of town for work. Remember when Jesus turned water into wine at the Wedding of Cana? There were a bunch of nervous 12-year-olds in line at the bar saying, "Wow! I'm so flattered. I haven't been carded in years!" 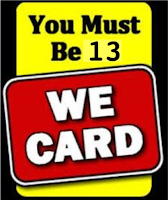 As for modern 13-year-olds? Definitely children... physically, emotionally, and intellectually. Universal Pictures has a policy forbidding the depiction of tobacco smoking in any movie rated PG-13 or lower. If our society can't trust 13-year-olds to look at people pretending to smoke, we certainly aren't going to let them do grown-up things like get tattoos and have Facebook accounts.

I went to a distant cousin's Bat Mitzvah a few years ago, and her dad told me something that stuck with me. No one would think of his daughter as adult, he told me, but at 13, she was capable of behaving like an adult exactly half the time. She was equally likely to have a thoughtful, intelligent conversation as to scream and throw herself on the ground because someone touched her toy. If we waited until someone is a full-blown adult before celebrating, we'd never get to have a party, because there is no such time.

It is similar to describing the decay of a radioactive substance in terms of half-life. Much like toddler-esque tantrums, radioactivity approaches zero over time, but never quite gets there. Thus, the only mathematically useful label is the half-way point, and for human maturity, that is 13 years.

In 13 years, Scarlett will be twice as much of an adult as she is now. In another 13 years, she'll be four times as mature as she is now. And when she's 52, she will only be throwing herself on the ground about 12.5% of the time. That sounds about right.