My mom hasn't been to a Fortress Party since 2005, but after FP'17, she sent me a list of room ideas, and while most of them were no good, there was one gem. Pulling off Sesame Street required a coordinated effort by a lot of talented designers and musicians.
We started with a beautiful urban backdrop, which Skippy constructed out of leftover Penny Seats set pieces. 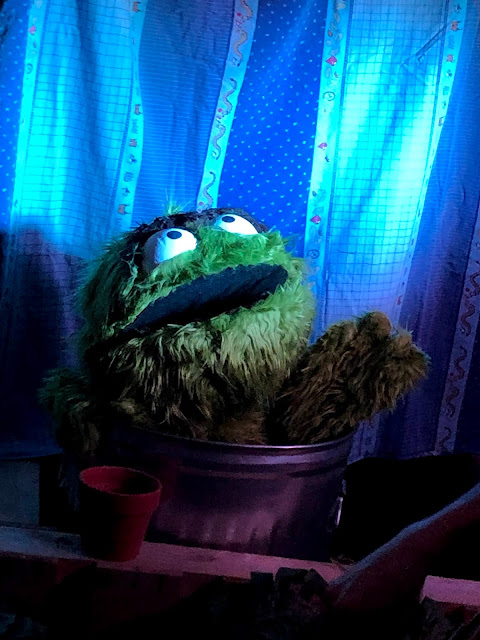 And then there was a fully functional Oscar the Grouch puppet in a garbage can outside the house. The puppeteer would kneel behind the curtain and operate Oscar'e mouth and left hand. The mouth was a little stiff, so being Oscar was exhausting. 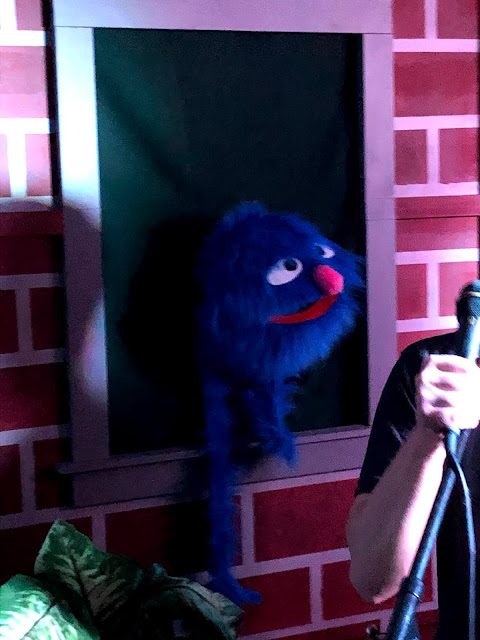 Grover sang from the window, poking through a black curtain. His left wrist was attached to strings held by a wand, so a puppeteer could operate his mouth, and move his arms. I think there was some mechanism for using his right arm, too, but I only remember it hanging limply all night. 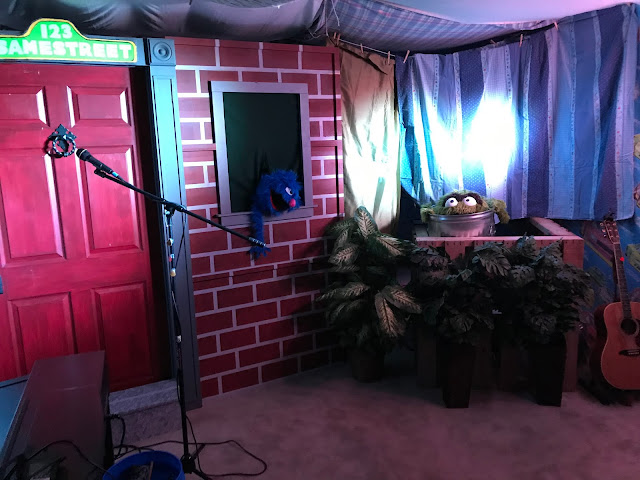 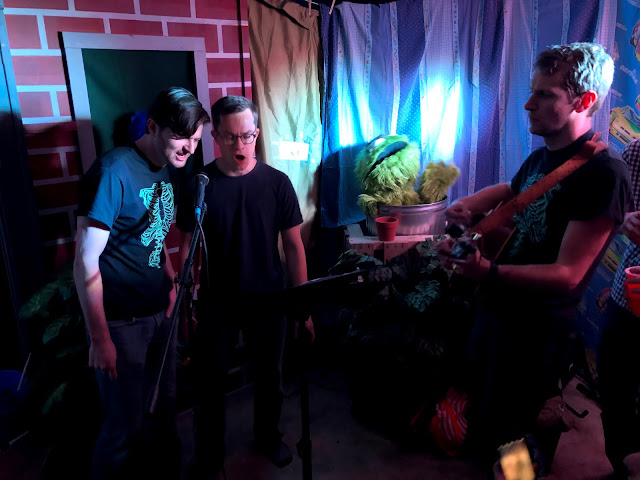 One of my favorite Fortress Party traditions is the live music room, with performers signing up for time slots in advance of the party. This year, we asked everyone to play children's music or educational music to fit with theme. We also asked everyone to include Oscar and/or Grover in every song. Most people ignored at least one of those suggestions. 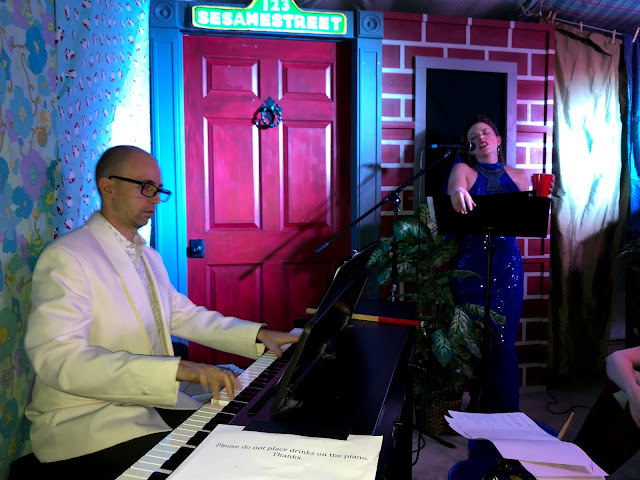 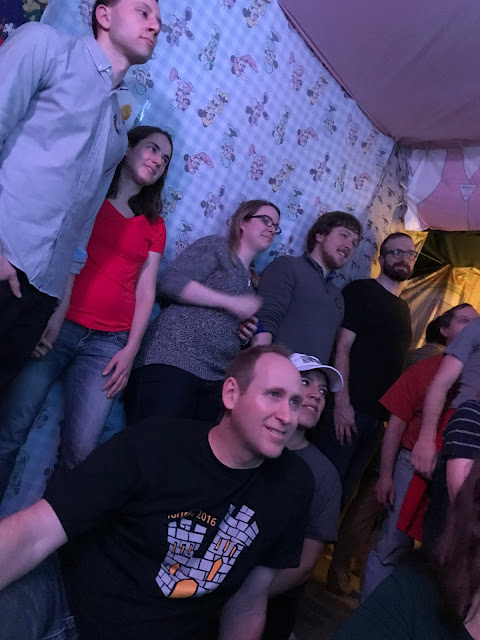