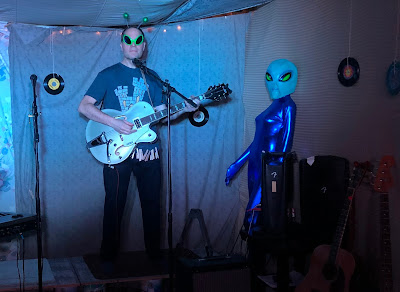 Welcome to Area '51.  It was a weak pun, and I'm not sure everyone noticed the apostrophe, but it was supposed to indicate a mashup between the early 1950s and space aliens who have been carefully hidden by the government. 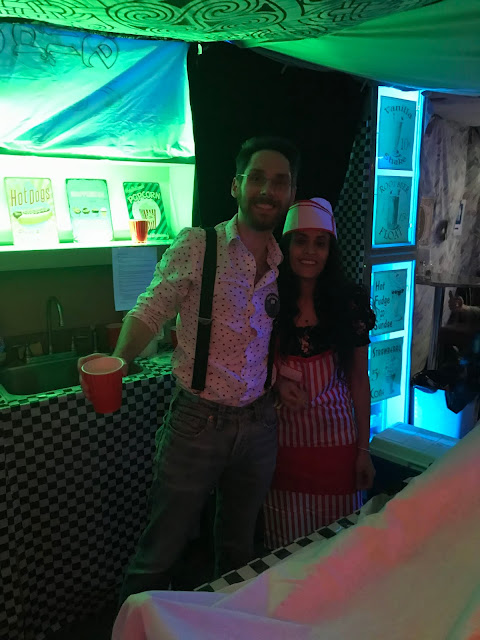 Of course, every 50s party needs a diner and root beer floats. 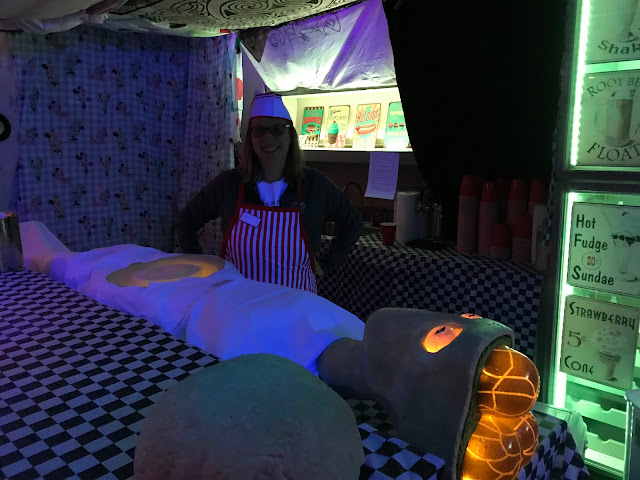 The ice cream for the aforementioned floats was served out of the disemboweled abdomen of the alien we found at the crash site. Obviously. The ice cream was kept in a bed of dry ice, so there was always some smoke coming out around it. 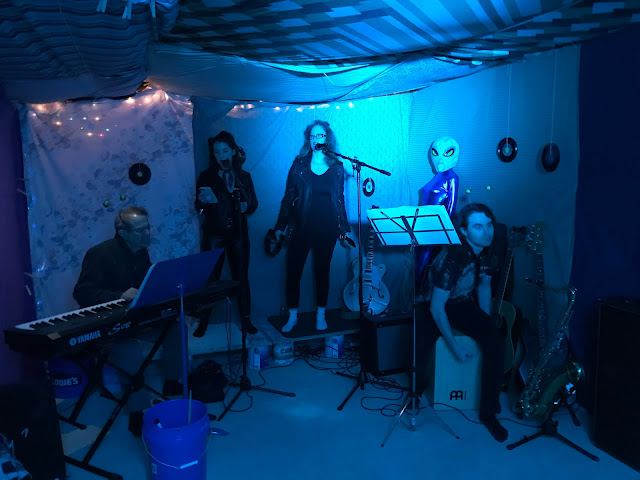 And in the neighboring room, we had live music all night. 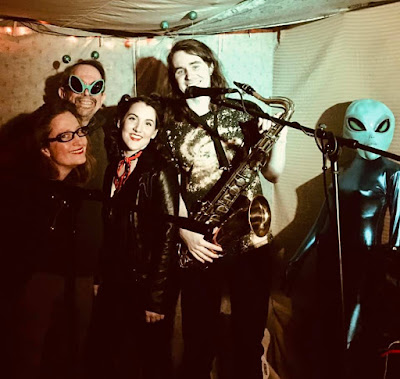 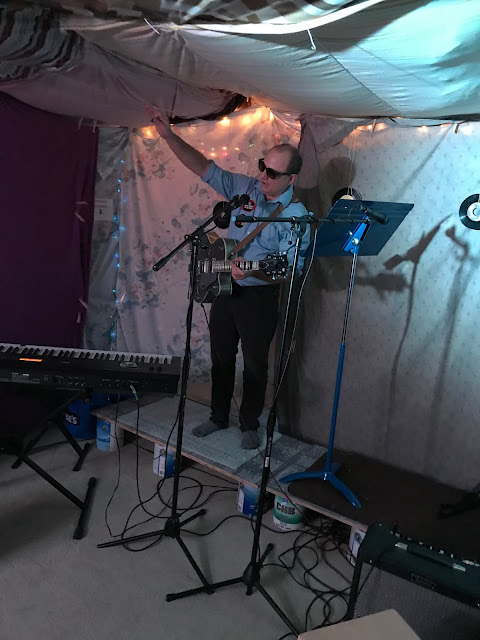 Performers were encouraged to play 1950s music. In this case, we had Buddy Holly himself, captured by aliens, probed thoroughly, and returned to Earth in 2019. 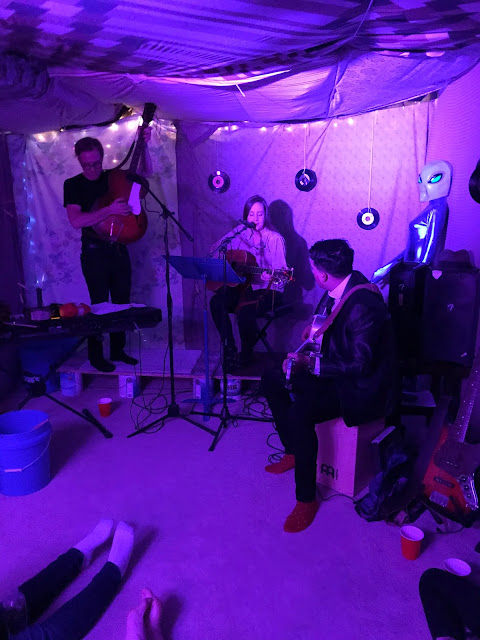 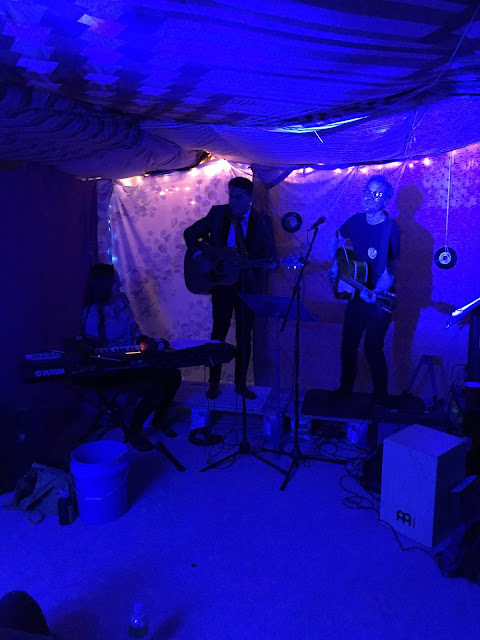 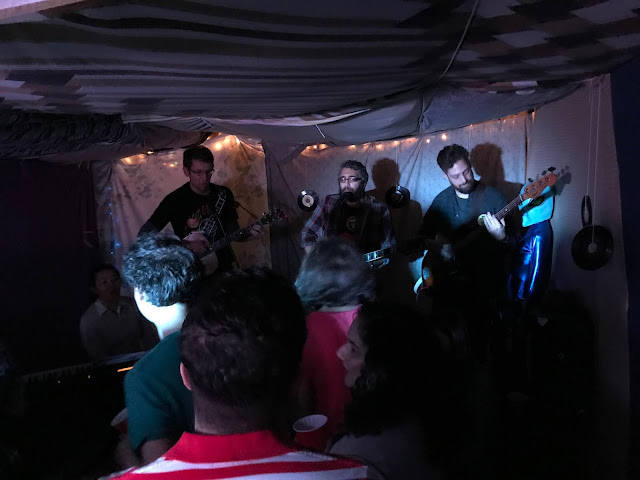 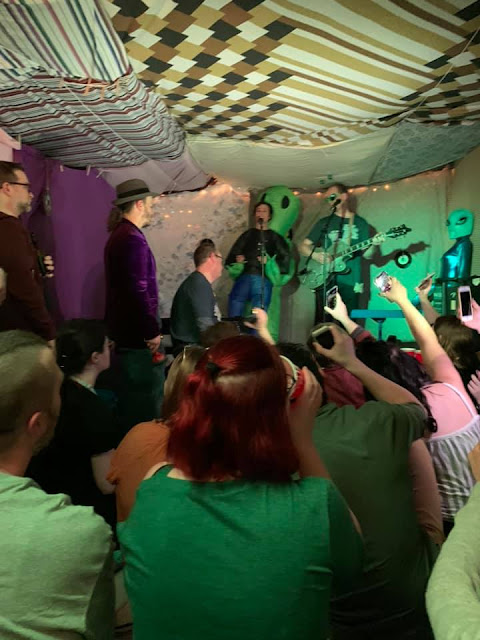 I see several phones in the air, so I suspect this is not the only surviving picture of our alien-themed 50's band, but this is the only one I've seen so far. 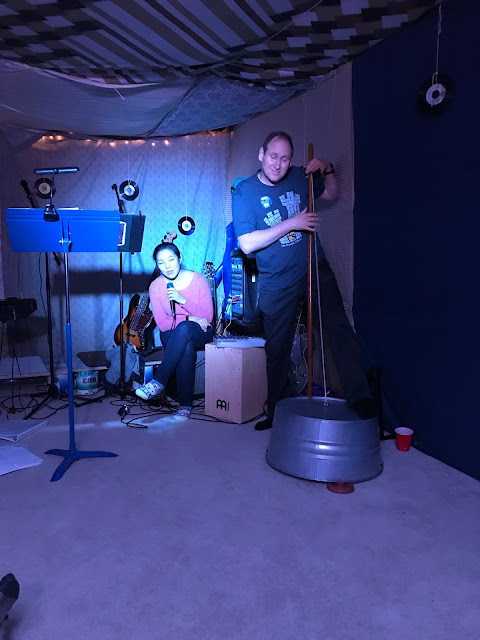